We were bullish on Bitcoin and forecasted higher highs up until December 8th. 2017. That day we projected one last swing to the upside, which we forecasted to be at least a major if not the final top for the Bitcoin. 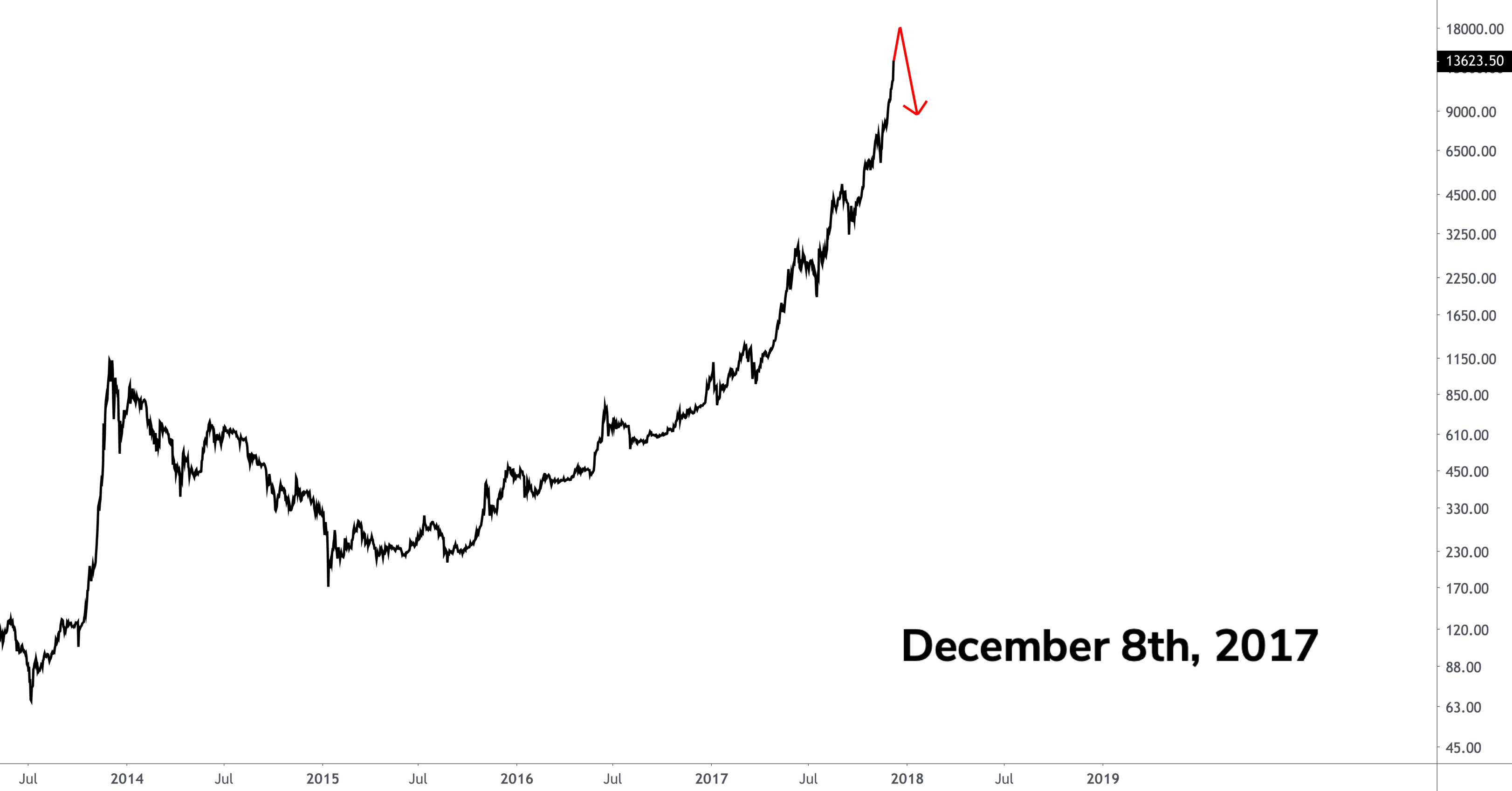 On December 17th, 2017 Bitcoin hit its all-time high. The cryptocurrency subsequently lost up to 85% of its value. It did not recover until late- April 2020.