The following examples illustrate how we applied fundamental analysis, behavioral economics, and technical analysis on the S&P 500 index. The period covered here shows the transition from the bullish cycle that started in 2009 to the correction in 2018.

US equities were cleared for take-off with the presidential election of 2016. An upside trend formed, which we followed along. That trend was not finished as our charts showed on October 17th, 2017. A break above the pale blue base trend in the chart above most likely implied an acceleration channel, which is very bullish. Therefore, we judged the index to breakout to the upside. That interpretation got confirmed soon and the index increased strongly. As the end of the year approached, we expected some lower degree correction rather than the end of the bull market. Complacency was omnipresent at that time as no material pullbacks corrected the bull run. 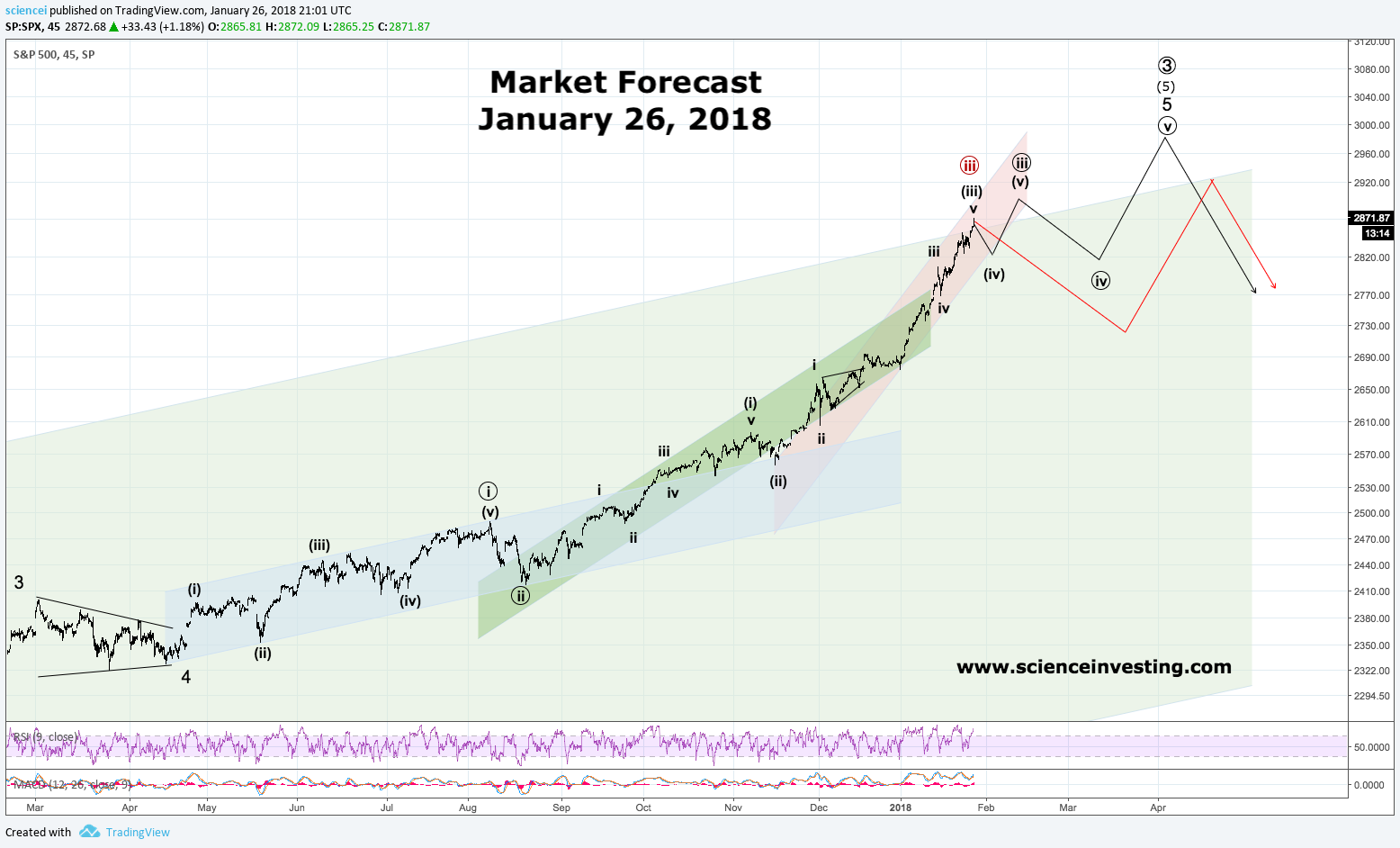 Our bullish outlook on US equities eventually changed on January 26th, 2018. Almost nobody expected a market correction at that point. Our analysis warned clients that we expect “S&P 500 investors to have less fun during the next weeks” and that the “Nasdaq 100 wheels are falling off soon”. We did not know the exact magnitude nor the exact timing. However, we were confident that a bigger correction was right around the corner. Our analysis was posted within hours of a significant top. It led to a double-digit decline during the next couple of weeks. Our decision was motivated again by technical analysis and behavioral factors at that point.

On February 9th, 2018 we’ve forecasted a sharp rally and made a case to buy the dip while other’s were screaming “October 1987!”. We were confident that the trend had another leg up. A sharp countertrend bounce was likely even if we were wrong regarding our call to see another top. Therefore, we stressed the importance to let the rebound develop and expected at least a spike into the 2,700-2,800 area. The market rallied within a few hours of our publication to the upside. Again, a technical setup as well as behavioral factors that indicated fear led our bullish outlook. 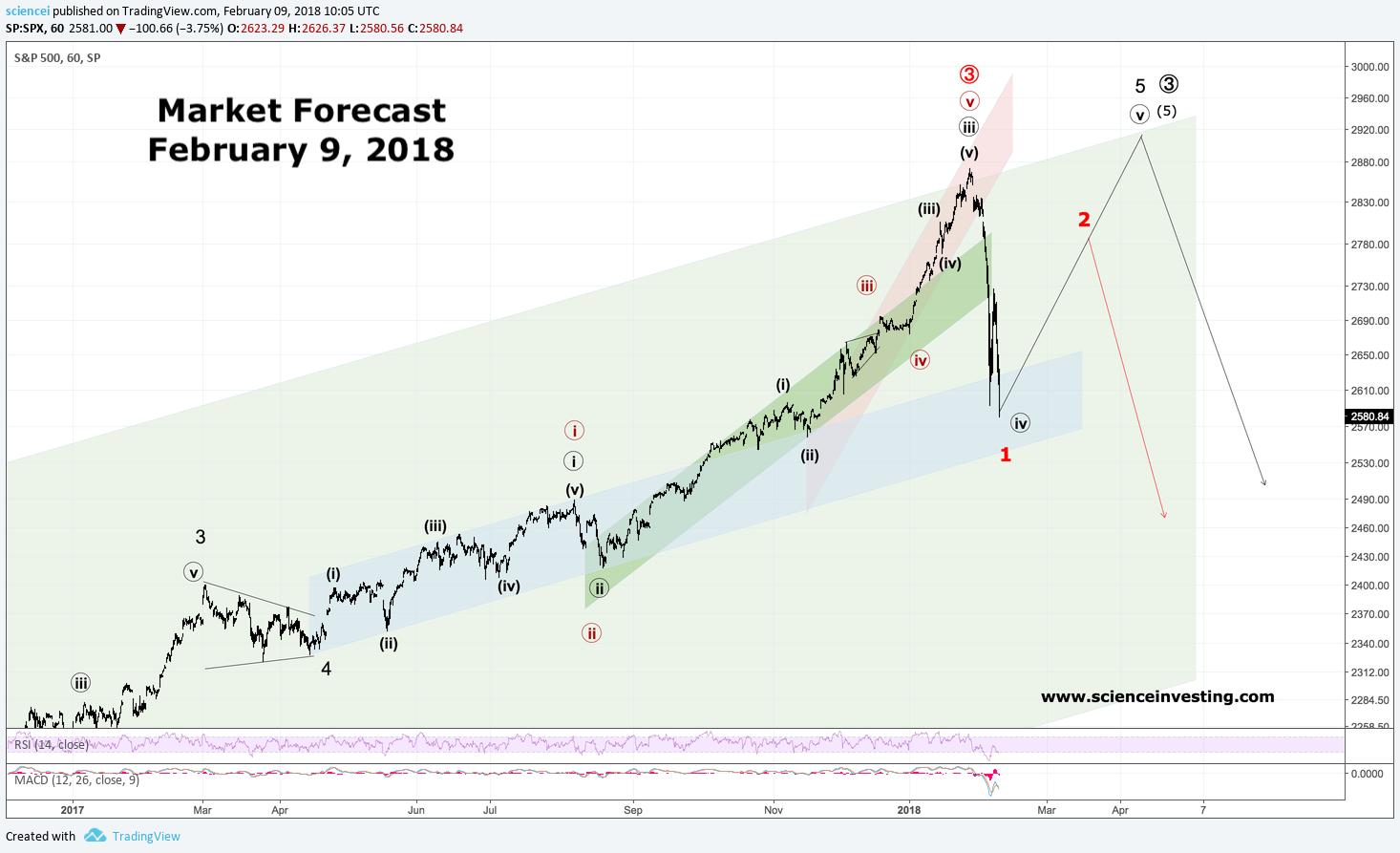 It got confirmed as all major US index reached a new all-time high during Autumn 2018. Along the way up, we prepared clients for a significant reversal. That conclusion was based on fundamental analysis in combination with technical analysis. Our long-term data analysis showed that the prevailing economic expansion was stretched relative to historic economic expansions in the US. It led to the conclusion that the next trend break most likely confirms the end of the entire expansion that started in 2009. The analysis proved correct as US equities corrected by 20% during the next quarter.

All in all, the examples above span through a period of roughly one year. The interesting aspect is that the period encompasses a bullish and a bearish fractal. The presented examples show our systematic thought process during that period. They give an impression of how we combine economics with crowd psychology and technical analysis in practice.