Following a drop from roughly $150 to $25, WTI oil recovered to nearly $80 again. We published our analysis of the crude oil complex regularly throughout the past year. Our Outlook remained positive despite the challenges that crude had from a technical point of view. It often unfolded complex structures and ran through trends. Trying to draw simple trend lines from the 2016 and 2017 correction lows shows our point here. Bullish trend channels got repeatedly violated to the downside. However, crude did only flunk the classical trend analysis and resumed its rally even further up. Elliott wave analysis did not fall into every bear trap. The sideways price action that lasted from mid-2016 to mid-2017 fits the character of a complex correction. We concluded that the pattern will most likely resolve to the upside. Our bullish stance was based on the analysis of multiple time frames. 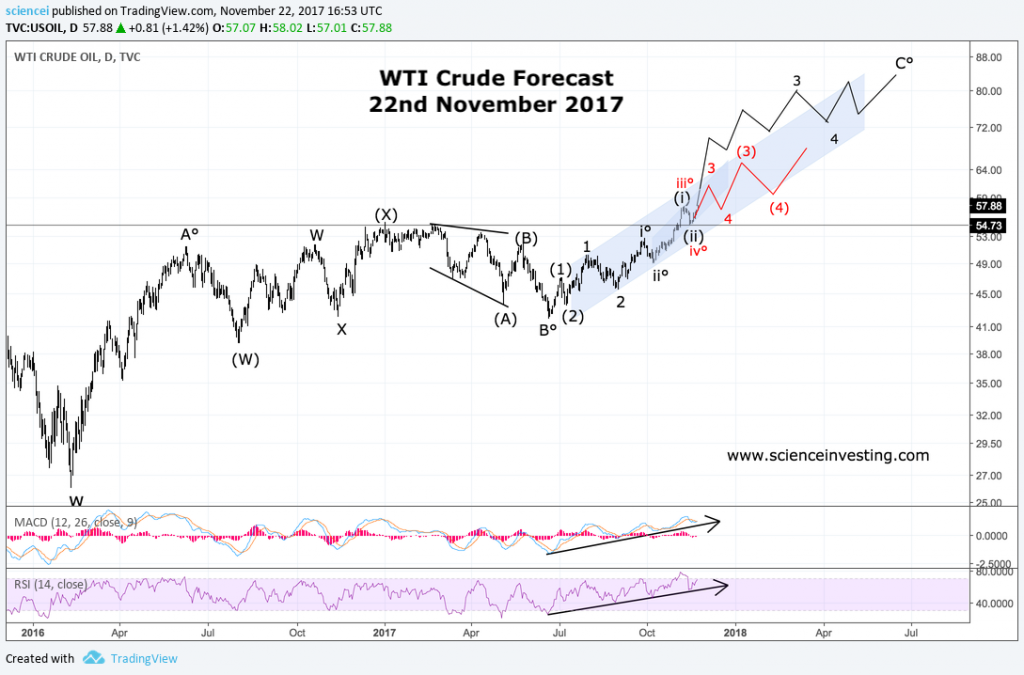 A bigger picture template helped us navigating the crude oil cycle so far. Moreover, we also used a smaller time frame analysis in order to get signals about strong moves within the paramount cycle. The second chart below shows how we managed to identify, for example, breakout situations in the Brent crude contract. Brent rallied more than 9% shortly after we published our September 12th update. 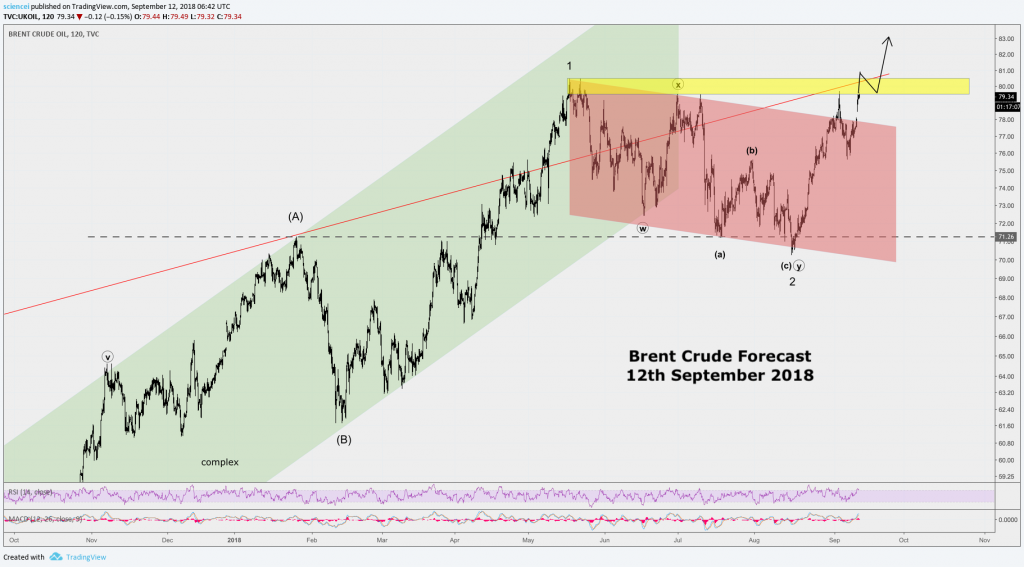 Smaller time-frame breakout signals hint to a continuation of the bigger trend. Right now, a similar setup is visible on the sister contract – the WTI crude. The WTI reached also a potential breakout situation at the moment that we publish this. It is likely to evolve further to the upside. However, the setup could need some form of confirmation first.

What kind of confirmation conditions are we looking for? What probable implications does a breakout have at this stage? Are our targets from early 2018 still valid or can we get more precise at this point? All these questions are the subject of discussion in our premium analysis of the WTI crude oil contract.