Crude crashed from the October 3rd high and lost almost a third of its value. It went into negative territory YTD after being among the top performing assets. The decline has some components that belong to history books. Crude recorded the longest losing streak, as well as the highest selling intensity, according to some strength measures during the recent sell-off.

The macro-technical picture was extremely challenging for crude and lured many into a bullish stance. Crude showed a similar setup as in late 2007. Back then WTI rallied from roughly $80 into nearly $150. That happened despite elevated sentiment levels and against a negative trend in global equities.

We do not pretend to be omniscient in hindsight. We were bullish, too. Nevertheless, our framework, which combines behavioral economics with technical analysis, has clear signals that challenge forecasts. Cyclical trend supports are among the most important ones. They are implemented as strict stop-loss levels. We sent the very first chart below on October 24th to our clients. That update concluded: “The bullish cycle probably ended in crude three weeks ago. This interpretation is in line with our cross-market interpretation. The next piece in the puzzle is confirmation of this interpretation. The next hints with regard to confirmation are a fading three-wave correction without a new recovery high and a break of the equivalent red line in Brent crude. We are aware that a similar setup existed in late 2007. However, the main difference was that there was no break of important mid-term trend supports in 2007. We turn bearish on crude and will be looking for attractive risk/reward opportunities to sell the rally.” 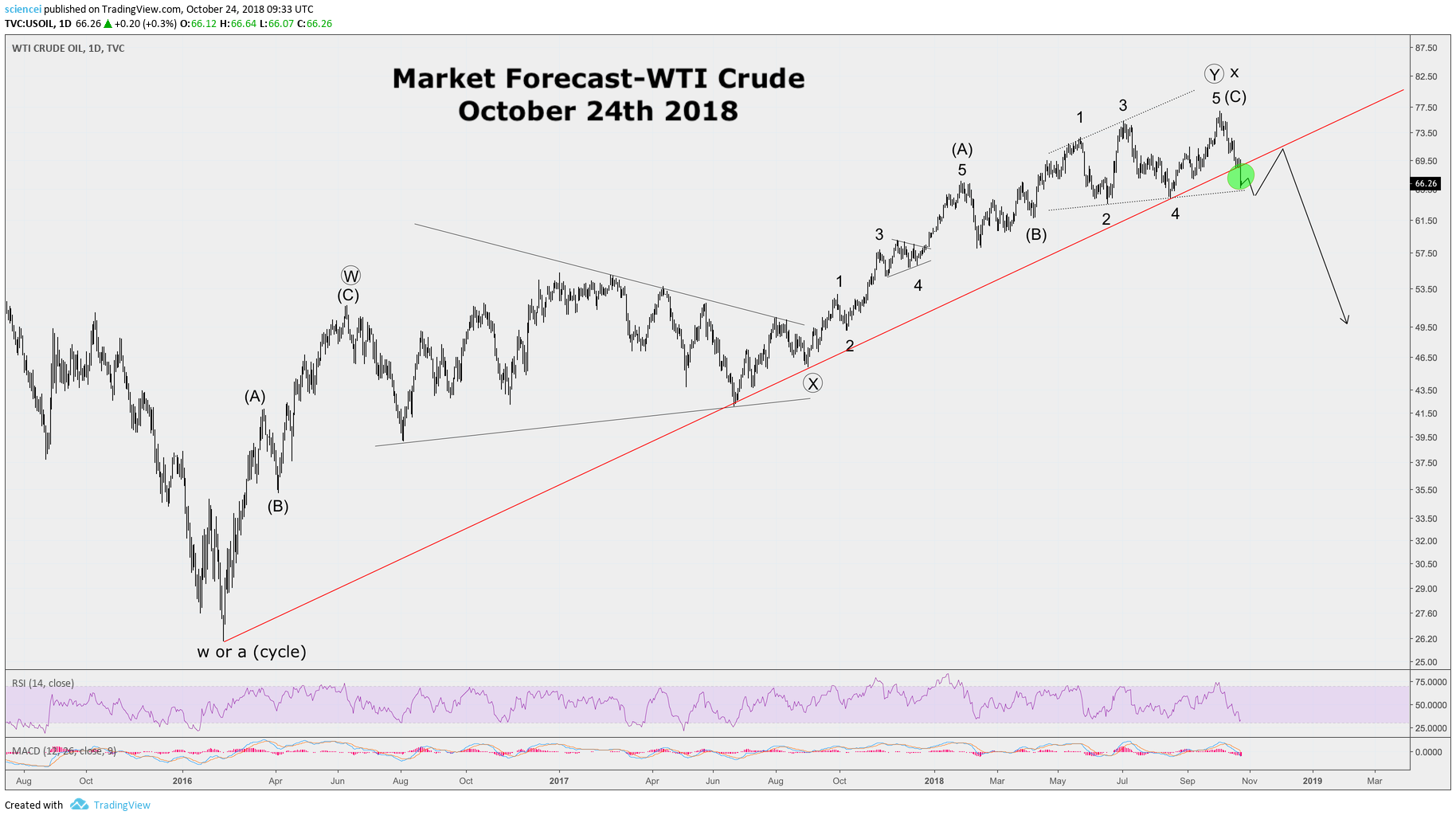 Prices plunged further and reached our intermediate target already. Eventually, crude will come to a stop and build a bottom. The WTI contract is likely to rebound soon if it hasn’t done so already. We witnessed strength divergence upon reaching the last low. That’s a sign that selling pressure is fading. The dotted red line will be the first significant confirmation that a counter-trend correction started. It will be most likely a dead cat bounce. 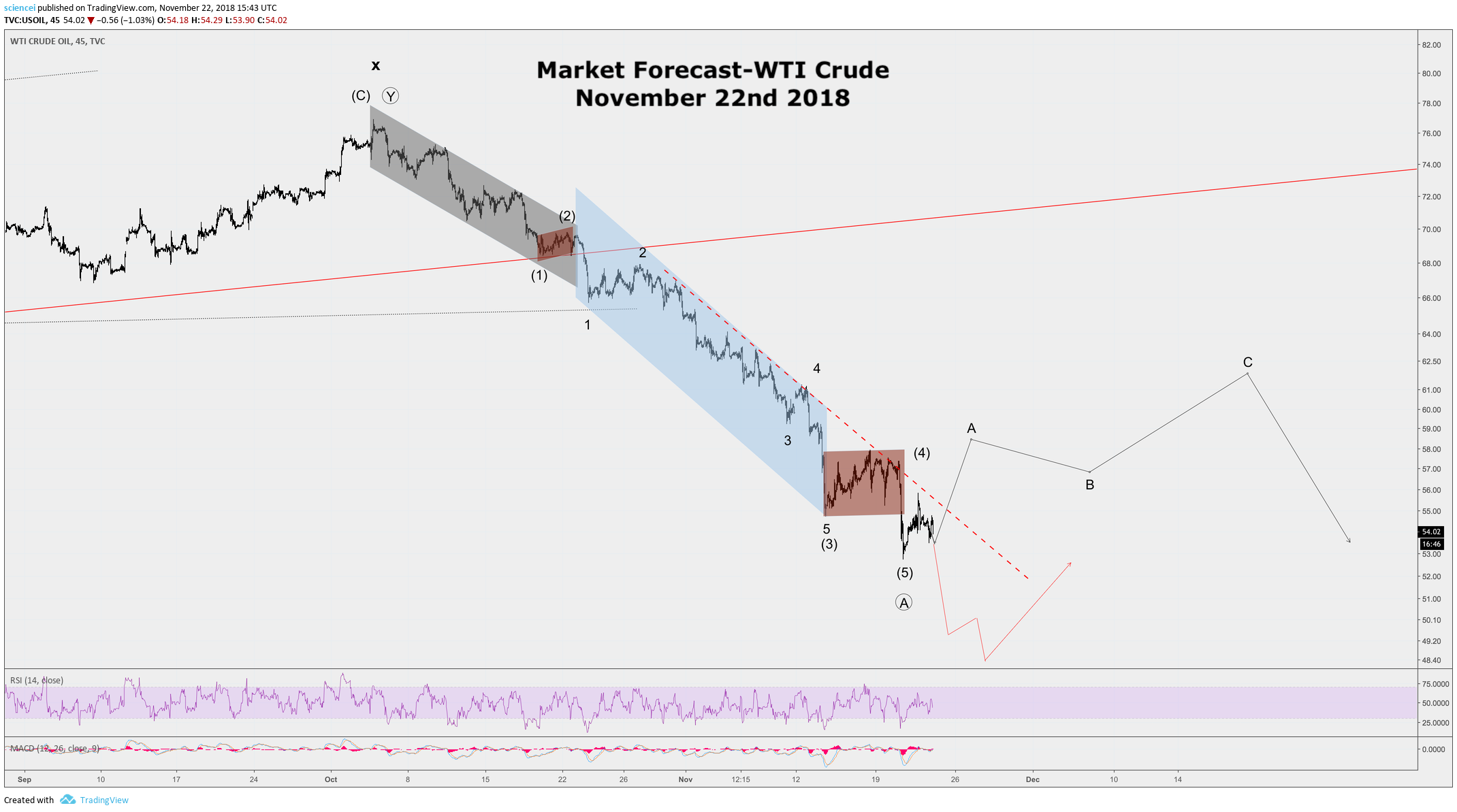 Do you want to know more about Crude? It is among our main products and discussed regularly. We focus on its cyclical trends and weekly patterns in our premium analysis.