The bullish outlook, which we laid out for silver in mid-November 2018 appears to be getting confirmed. The support level, which we suggested as a potential stop-loss level held firm. Silver unfolded the strongest rally throughout 2018 shortly after we submitted the last article with our bullish case for silver to SeekingAlpha. Subsequently, the precious metal increased by 12% during an extremely challenging market period. Meanwhile, equities were on track for the worst December since the Great Depression.

A trading approach is involving. It is necessary to reassess a position frequently instead of praising yourself with past successes. In the particular case of silver, it means to acknowledge that the mid-term trend support gets approached at the time of this write-up. That’s the light grey trend channel in the chart below. It tracked price action from the 2011 top. In a similar case, also gold approaches its equivalent channel support right now as well. 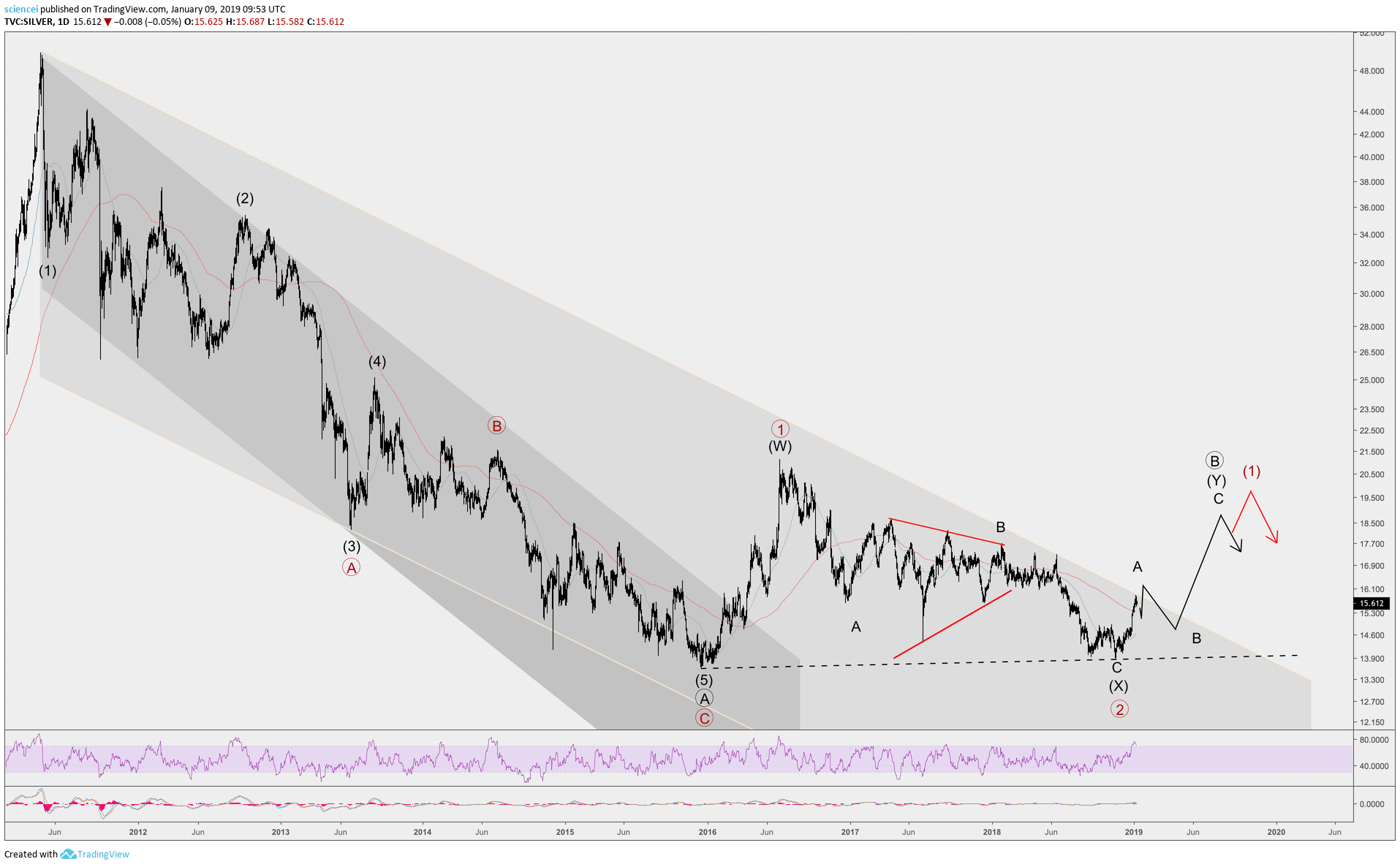 Technically oriented traders most often observe these longer-term trend relationships. This typically creates supply against the shorter term trend and leads to a correction. We have been witnessing some difficulty in gold and silver to rally over the past few days. Despite further rally potential, a more significant correction is likely to set in somewhere around the current levels. The next correction will probably determine whether silver had a cyclical trend change in November 2018 or not. We do not want to see more than 78% retracement of the rally that unfolded from the November lows. Retracements of that magnitude most often turn out to be misleading. They are usually a continuation of the paramount trend instead of a corrective retracement.

From today’s perspective, it appears most likely that the pale grey trend channel gets crossed to the upside. In fact, it seems more likely that the darker grey trend is the actual downside cycle. This implies that price action since early 2016 is most likely not any longer part of that downside cycle. It is something different instead. The most likely scenarios at the time of this write-up get tracked by the black and red Elliott wave annotations. Both imply some form of bullish continuation to the upside. The conclusion is that buying the next dip is likely to be profitable from a mid-term trading perspective. Silver has more room to go on the upside. A convincing break of the light grey trend channel implies a target of at least $18.50 for silver.

All in all, silver reached a junction that is likely to cause a retest sooner or later. Technical evidence suggests that a continuation to the upside is most likely. Finally, a retest could provide the next exciting risk/reward set-up for a long silver position.

Do you want to know more about precious metals? Gold is among our main products and discussed regularly. We focus on its cyclical trends and weekly patterns in our premium analysis.

We use cookies to ensure that we give you the best experience on our website. If you continue to use this site we will assume that you are happy with it.Ok