We have published two complimentary articles on gold on this website during the past half year. The first concluded on November 1st, 2018 that gold appears to be an attractive investment during the next few years. Subsequently, we argued that gold is likely to confirm a cyclical trend reversal and continue its rally to the upside. Our assessment proved correct as the US Dollar price of gold increased over the course of the past few months.

The precious metal pushed through its mid-term trend support. The red dotted line depicts that support, which gold respected since its 2011 all-time high. Its breakout has been confirmed by silver. The sister asset broke a similar downside trend along gold. Technical analysts interpret that kind of action as a cross-market confirmed breakout. A parallel break event, which happened here, is a constructive bullish signal. However, it is not a done deal yet. Trend breaks of larger degree trends are most often not a hit and run event. They tend to get retested before prices depart eventually from the breakout area. Gold’s Elliott wave structure is most likely setting the stage for a retest at this junction. Therefore, we turned short-term neutral on gold.

The retest of the mid-term trend support is not the only motivation for our neutral stance. Sentiment picked up and market participants rediscovered value for holding gold as an investment during the past few months. That is a significant change from the broad-based opinion after the capitulation selloff in August 2018. Moreover, gold approaches a horizontal resistance, which limited its upside on 7 or 8 instances during the past few years. That’s the upper bound of the horizontal pink trend channel. It got rejected repeatedly during the past few years. Three of these instances were followed by double-digit declines after gold failed to push through this area. Therefore, technically oriented traders and macro funds are likely to watch and supply that area. Hence, an adverse reaction is expected to be seen within the 1,350-1,370 cluster. 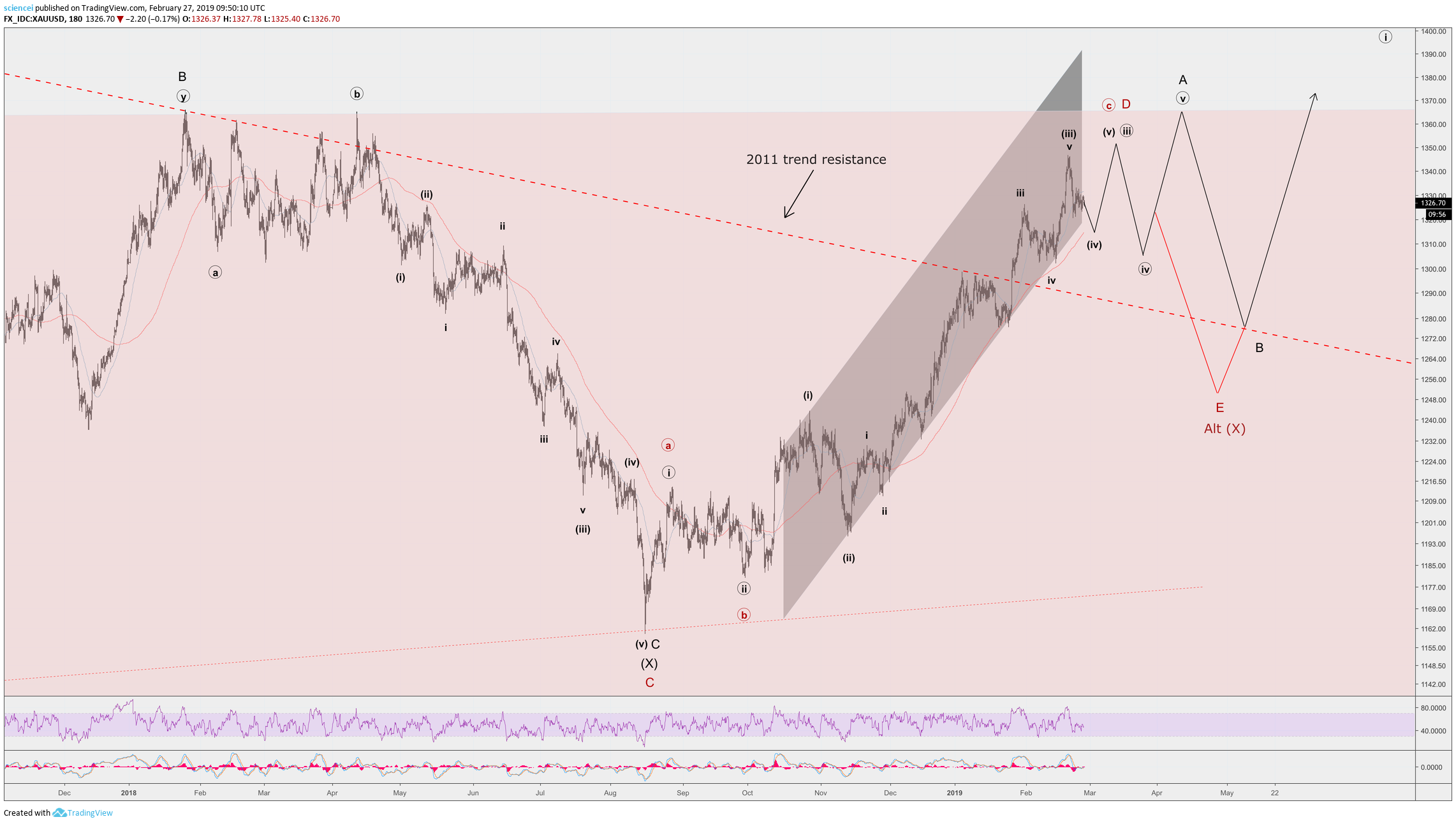 We remain with our forecast that the resulting correction will be an attractive entry opportunity. Gold is likely to push through the 1,350-1,370 area eventually. This is likely to happen within the next few months. However, gold will probably show a more significant pullback before the party starts. The bigger pullback needs to relieve pressure from the most recent upside swing. Its job is to depress sentiment and investment commitment to some extent. A 5%-7% correction fulfills that job. Therefore, it is probably the best strategy to remain patient during the next few weeks and focus on buying the dip.