We were correct in last update’s assessment that a rally is about to unfold. Price continued to the upside and morphed into an impulse eventually. The subsequent retracement of the previous early to mid-August drop is sizable enough to expect the previous high (around 5,540) getting run over. This, in turn, kills most orthodox top scenarios in mid-May 2018.

Odds for an Orthodox top in mid-May are no longer among the two most likely scenarios. Some form of resolution to the upside is most probably as long as price action does not carry below the pale blue trend channel. This could be either an impulse, which started in April or a triangle resolution which just started in mid-August. Both versions are likely to trade North of 5,660.

All in all, we remain bullish on the French blue-chip index into autumn 2018. We expect the 5,243 level to hold and would reassess our outlook if it doesn’t. 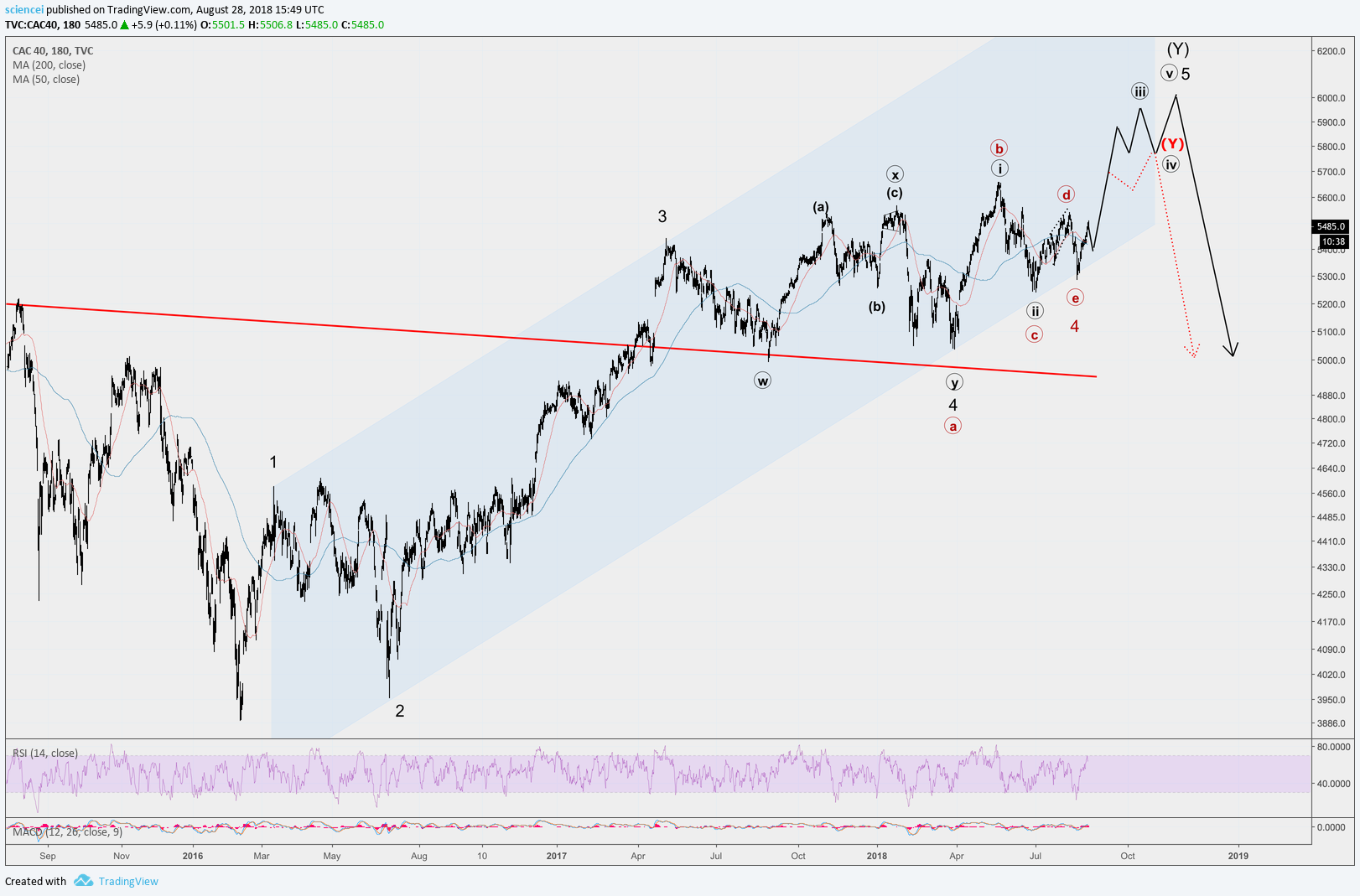