The Dow Jones Industrial Average confirmed the all-time high of the other major US equity indices. The probably most known index worldwide climbed above it’s January high yesterday. All of the major US indices climbed higher than their January top. Technical analysts describe this situation as “cross-market confirmation”. 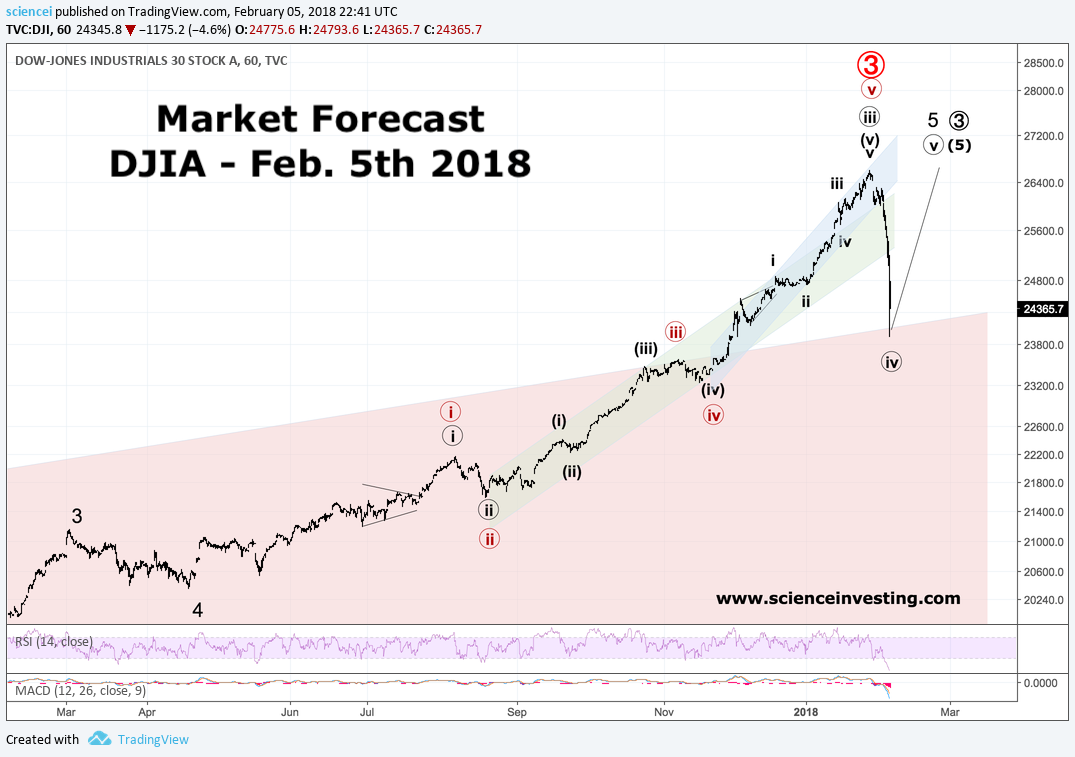 That’s a big blow for all bears. We have seen many reports from technical and non-technical analysts, managers, and traders that called the January top as a major turning point. An inflection point leading into a bear market. Especially Elliottwave practitioners regularly pop out in such situations and forecast major crashes and even depressions ahead. Their forecast turned out once more to be only fiction. Listening to them and taking short positions turned out to be real losses. Once again it becomes obvious that being able to count to 5 and draw straight trend lines do not necessarily result in good forecasting skills.

We have provided arguments why the big crash or depression scenario is unlikely. We have done that even within an Elliott wave framework. From a macroeconomic perspective, the simple but hard reality is that we have a positive drift for long-term economic growth. Societies become increasingly rich and more money gets allocated to the stock market. Last but not least, stock indices track nominal variables. They not only incorporate positive inflation but also survivorship bias of its constituents. All in all, this implies that long-term Elliottwaves are not going to show the same Fibonacci ratios that short-term waves are showing. Correction of big degree will be shallow relative to short-term corrections.

US stock indices are approaching another major junction. It is a junction where trends of multiple timeframes intersect and come probably to an end. A bear market is indeed probable for the next years down the road. Our conclusion is based on macro- technical arguments. It will be probably difficult to earn money with US equities unless a trading approach gets adopted if our analysis proves correct. Our expectation regarding the DJIA is depicted in the 3-day chart. It may not be as spectacular as a grand supercycle crash but we can base it on valid arguments within and outside the Elliottwave Principle. 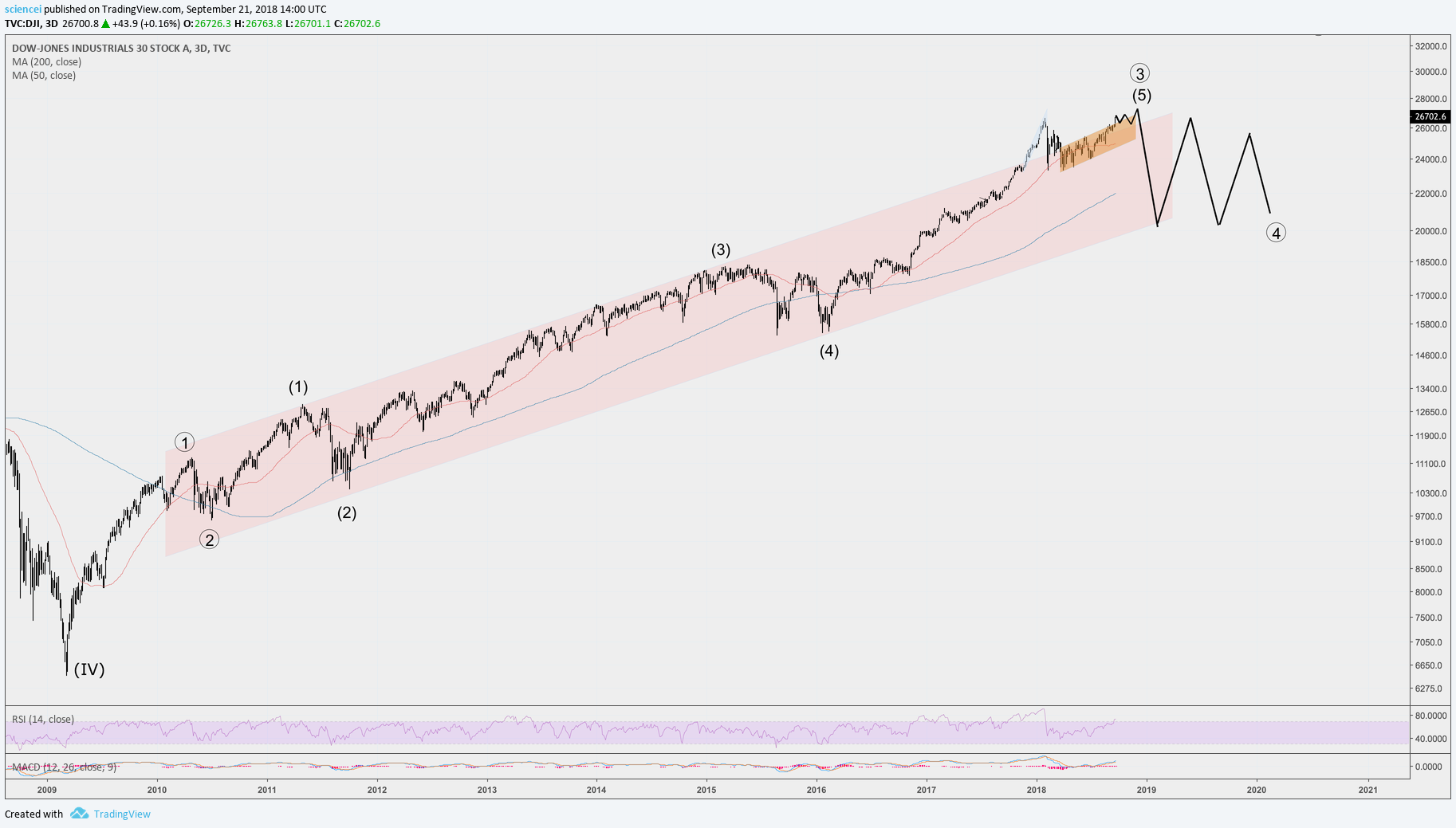 Which path will the Dow Jones Industrials embark upon until year end? Will it rally further or is a nearby cyclical top more likely? Those are the subjects of our premium analysis.