WTI crude plunged from its late April recovery high. The nearest contract lost almost 25% of its value during the most recent drop. Those that followed us know that we assessed the early 2019 rally to be a countertrend bounce. Price action of the past few weeks confirmed that outlook. What is next on the menu for crude? Is it safe to buy the dip or will the correction persist?

Crude most likely reversed an intermediate degree trend in mid-April. The commodity dropped below its minor wave B low in February. Hence, a confirmed A-B-C pattern unfolded to the upside already. The drop from the recovery high is close to tracing an impulse. Therefore, some form of downside follow-through is likely.

The most recent bounce is probably close to an end. Price action probably consolidated within a fourth wave of minute degree over the past few days. At least one more down sequence is likely to unfold within the pale grey channel. That will finish an impulse to the downside before we get the set-up for a more meaningful bounce. However, that will be as well just another countertrend bounce instead of a trend reversal.

Sentiment remains very far away from capitulation conditions. Currently, it reaches into neutral territory despite losing a quarter of its value during the May drop. Similarities between the sentiment picture in early Summer 2015 and today remain present. Crude plunged into a multi-year low from that set-up back then. We continue expecting crude to target the December 2018 lows during the next few months. It will most likely unfold similar to the black or red price paths. 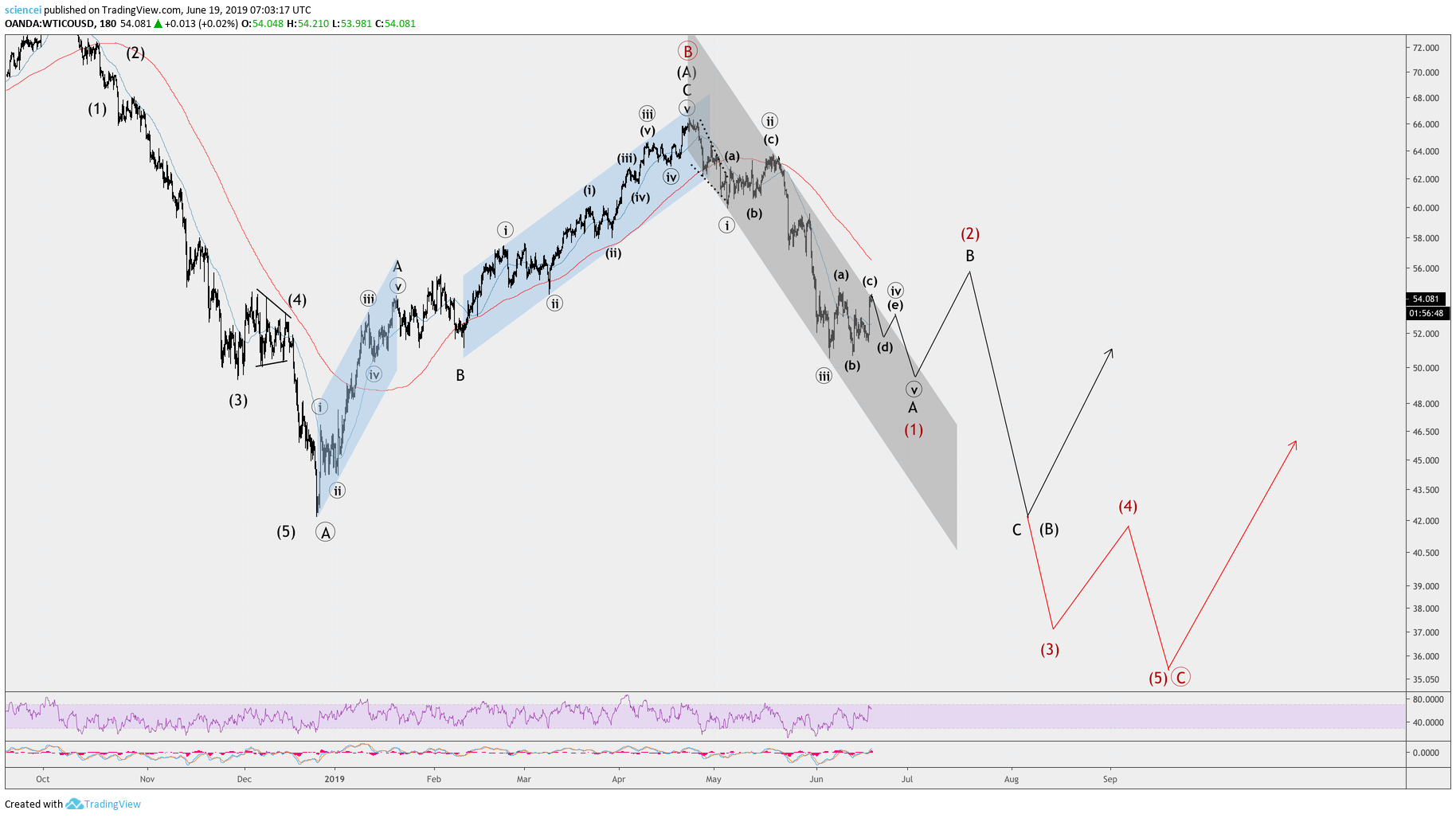