We have published a series of articles outlining our expectations for the US equity market over the past year. Our systematic approach led to a precise forecast of a cyclical correction, which started to unfold in Q4 2018. Subsequently, equities embarked upon a remarkable rally during 2019. Therefore, it is reasonable to ask at this point whether the cyclical correction ended.

The sharp rally does not confirm that the cyclical correction ended. It was concentrated on a few sectors. Especially tech stocks benefited over the course of the past six months. They led the NASDAQ 100 and dragged the broader-based S&P 500 along into an all-time high. Both all-time highs were not confirmed by any other important risky asset on this planet. Major indices across Europe and Asia are far from their all-time or 2018 cyclical highs. The same applies to crude oil and 10Y US Treasury rates. Not even the broad-based sister indices of the S&P 500 managed to reach a new all-time high along the Nasdaq and S&P 500 recently. Both, the Russell 3000 index and Wilshire 5000 index failed to confirm their Spring 2019 all-time high. Market technicians relate to this as cross-market non-confirmation or a double top.

The combination of a cross-market non-confirmation and wave structure paints an interesting picture. It signals a high-probability setup for a “flat” correction. That is a technical pattern, which is characterized by a sideways and shallow 3-wave swing. Each of its fractals amounts to roughly 20% swings in the S&P 500. The missing but essential piece of confirming evidence for the pattern is a drop below last week’s low. It is highlighted by the red dotted line in the very first chart below. A drop below that support and resistance level signals further downside within the final leg of a flat pattern. The final swing within the pattern targets the December 2018 low. 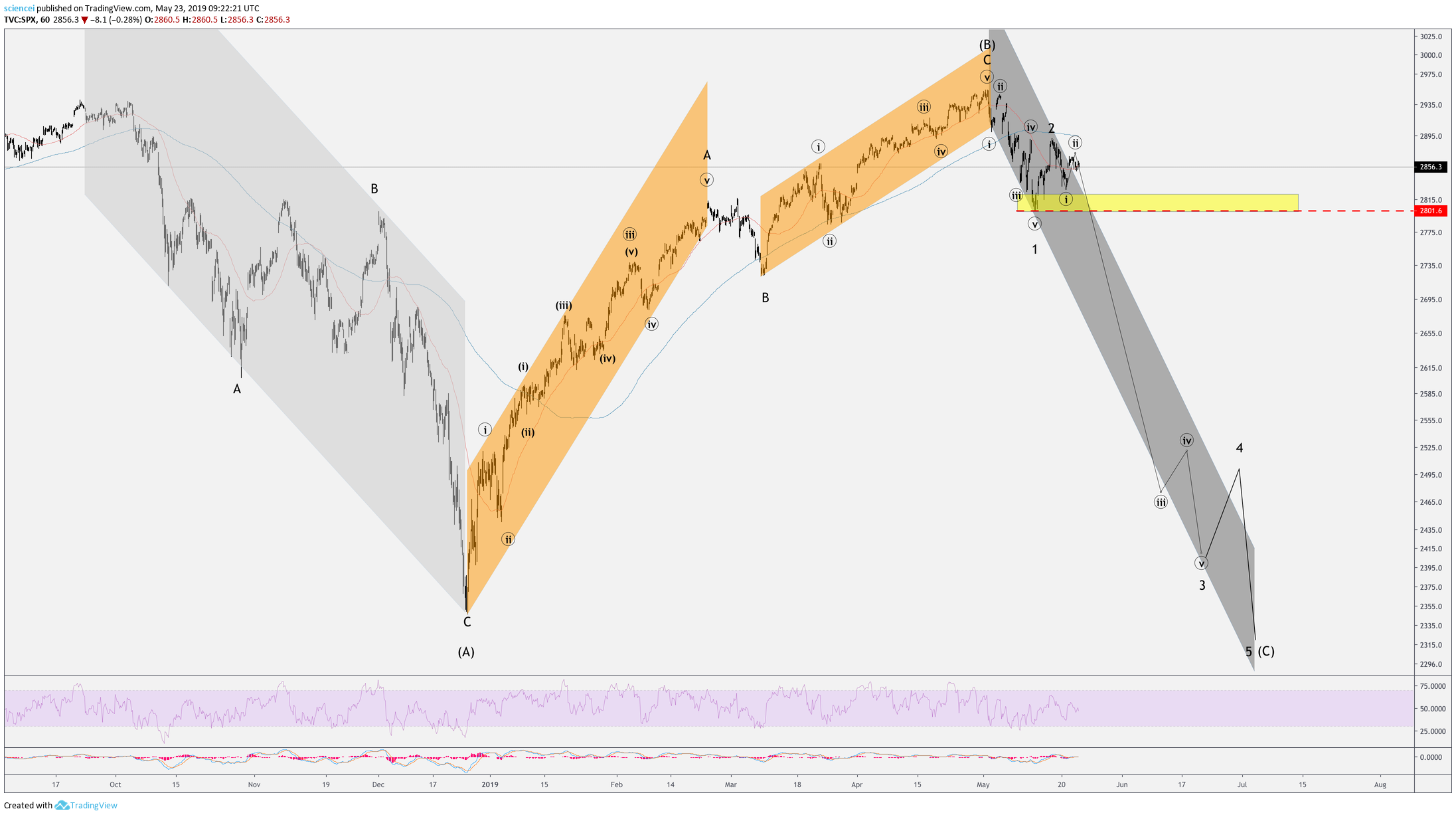 The technical setup makes also sense from a fundamental point of view. There are a couple of powerful effects that are likely to prevent a larger market drop. The “buy-the-dip” narrative made its way into investor’s heads and central banks interpret their role as a recession mitigator.

Data analysts ran statistical analysis on historical stock market data and found out that a “buy-the-dip” strategy is as effective as it is simple. This wisdom has spread throughout the investment community and is widely accepted today. It has been adopted by an increasing share of market participants in the recent past. The google search term “buy the dip” shows interest for the string during the past 15 years. It peaked, just close to the last couple of market bottoms, in early and late 2018. That sentiment picture was not present during the financial crisis of 2008. As a result, a price-feedback loop was probably interrupted by the bullish narrative “buy the dip” recently. The “buy the dip” narrative probably persists. It is likely to channel liquidity into the market around confluence areas again. 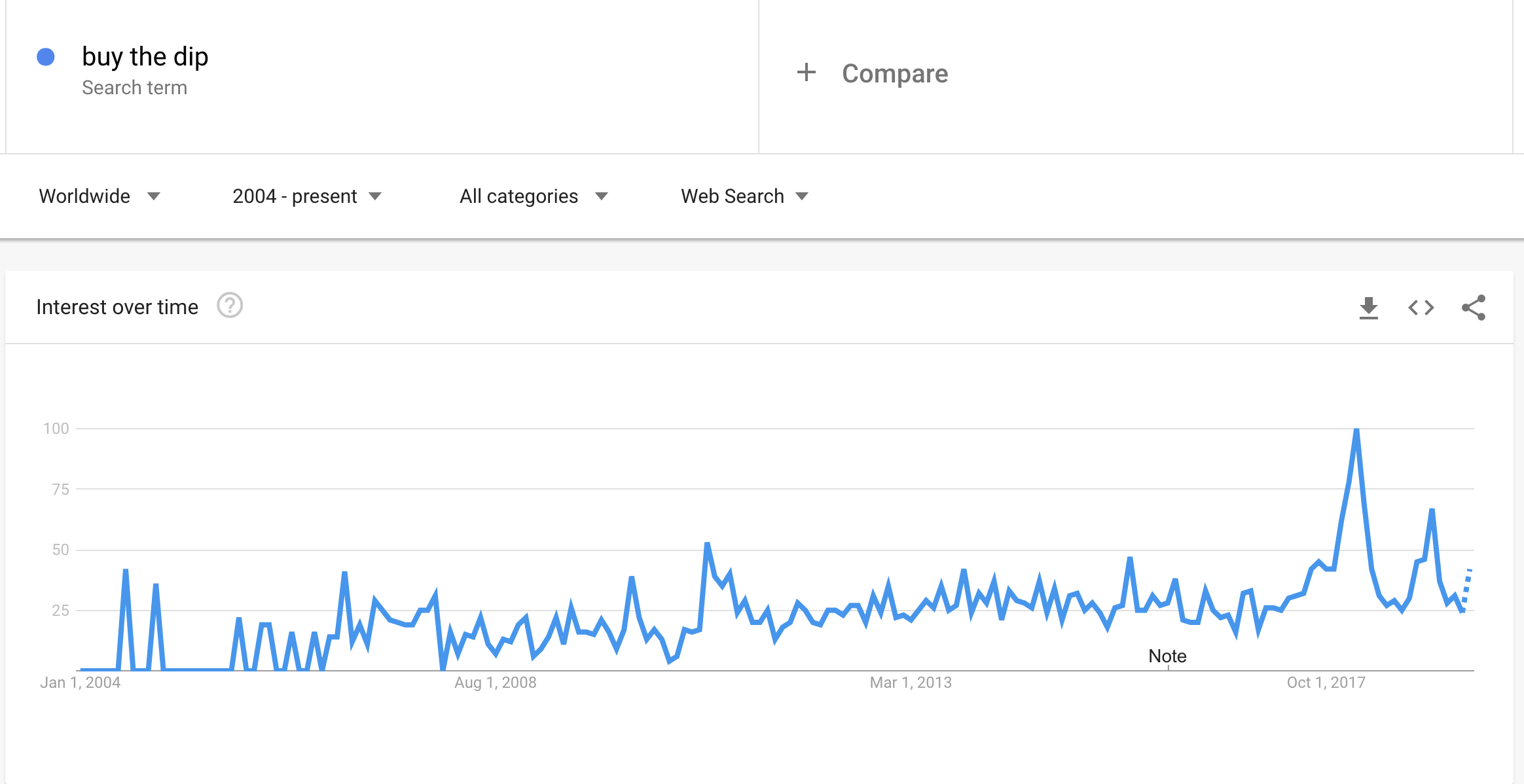 The second effect is that central banks throughout developed economies are committed to a dovish monetary policy. They interpret preventing recessions as part of their mandate. Central banks build a solid track record for engaging in expansionary policy as markets weakened during the past ten years. There is certainly skepticism about central bank policy and the size as well as the quality of assets on their balance sheets. Moreover, some critics point out the policy lag that has been observed in the past. Both may be correct but do not change the fact that outright buying has a positive effect on liquidity. There is more than sufficient room in their balance sheets for expansion. The size of the FED balance sheet is nowhere near that of the BOJ at this point in time. Who guarantees that it won’t get there? A big difference to past crises is that central bankers have a great reputation, are armed, and willing to use their weapon. The political debate that created a time lag has been dealt with during past crises. “Modern monetary policy” is as accepted as big bailout headlines in the public mindset. That will mitigate the downturn more swiftly, which fits into the flat pattern. 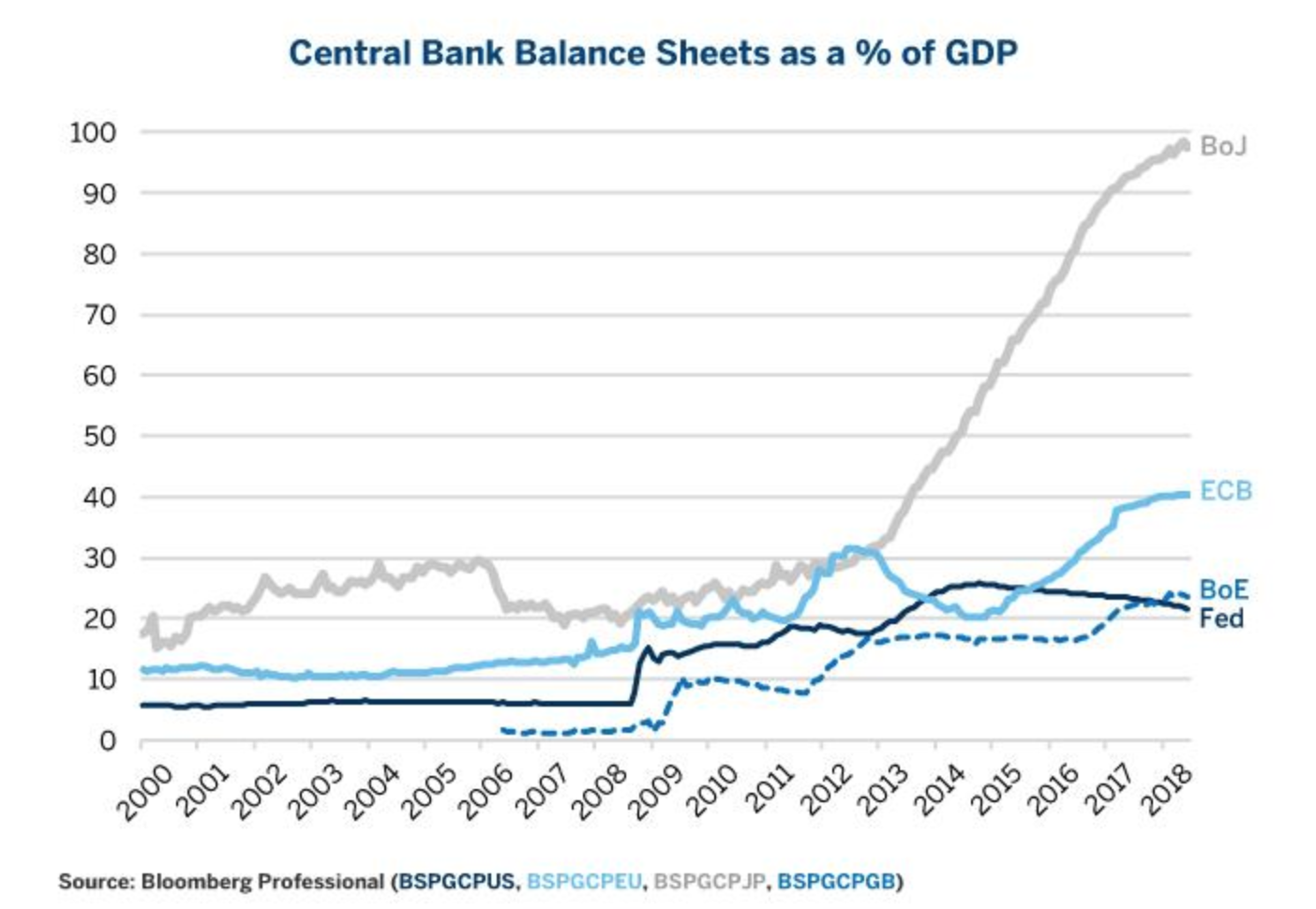 All in all, technical and fundamental evidence suggests that the US equity market unfolds a sideways and shallow cyclical correction. The technical pattern that unfolded until today leads probably to a flat correction. Prevailing sentiment and fundamental factors are likely to supply liquidity conditional on larger market declines. The bottom line is that we expect another attack on the December 2018 lows if the S&P 500 declines below 2,800 during the next days.

We use cookies to ensure that we give you the best experience on our website. If you continue to use this site we will assume that you are happy with it.Ok